So your husband (or indeed wife) wants to join the Masons, but you’re not sure if it’s a good thing or a bad thing. You likely have a few questions and may be confused or in the dark about what goes on. This post will shed some light and answer some of those questions.

Should I be Worried?

The first thought when your husband said that he wanted to join the Masons was probably ‘Should I be worried’?

That’s obviously a complex question and it depends on what is making you worry. Below are some things that you might think are a worry, and some explanations to allay your fears;

The Illuminati. Devil worship or a religion. A way to get ahead in business. A political organisation.

A friendly society based on mutual respect and brotherhood. The ceremonies are simple and benign. We require that members believe in a supreme being, but the nature of that belief and that being is entirely up to the individual. Our Members cover the whole political spectrum, we are non-political. We value family above all.

What do Masons actually get up to?

We have a long post about Freemasonry on this site. You could start by having a read of that. But here are a few more common questions answered;

Does Freemasonry try and replace religion?

Absoultely not. Freemasonry is not a religion. We require that anyone who joins has a belief in a supreme being, but who or what that being is, is up to the candidate. A member will be asked to confirm such a belief, but nothing more.

It is true that the Catholic Church continues to have an issue with Freemasonry, but I am aware of people from most other faiths; Christian, Jewish, Muslim, Sikh, Buddhist, Hindu, who are Masons.

From my own perspective, my faith has been strengthened from being a Freemason. I have spent more time contemplating God, who and what that means to me, and I definitely feel a stronger affinity than before.

Is Freemasorny the Illuminati or Satanism?

No, and no, is the short answer.

The concept of the Illuminati originated in the late 18th Century and the group probably did exist at that time. Members were typically wealthy, influential people trying to subvert government and church powers for their own benefit. These days it is being used (in my opinion) as a quasi-pyramid scheme promising untold riches to  gullible members.

Freemasonry is the very antithesis of what the Illuminati stands for – being respectful of both government and church, and intentionally not getting invovled in the running of either.

Similarly the tenets of Freemasonry couldn’t be further from Satan worship.

Does Freemasonry take up a lot of time?

To be honest, yes it can do if you want and allow it to. You and your partner should be sure you understand how often a Lodge meets. This can be between 4 and 11 times per year – if 11 is too much then consider joining a different lodge that meets less often.

Between formal meetings are instructional meetings once or twice a month. As a “young” Mason your partner would be expected to attend most of these.

Does Freemasonry cost a lot of money?

There are costs involved, for sure.

These are costs that can’t be avoided. Then there is the cost of the ‘regalia’ – members will likely need a dark suit, white shirt, dark shoes, white gloves and an apron. It’s maybe only the last two that will be new costs. You can look on-line and get a feel for these, typically £50 will buy new gloves and apron. eBay has plenty of quality used items for sale for much less. Other Lodge members may also have some items, like aprons, that they can hand down.

The formal meetings are always followed by a dinner together, this will have a cost (again you should ask your proposer for the cost). Formal meetings will also involve some charity collections and/ or raffles – but you only give what you can afford.

All of the above are general guidance. Your partner should ask his proposer exactly what is required (some Lodges wear dinnner jackets rather than suits for example) and what the costs will be. 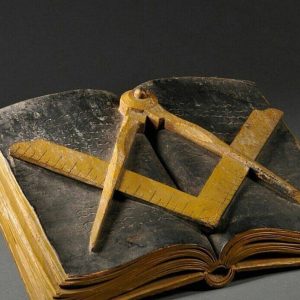 Why would my husband want to join Freemasonry?

People join Freemasonry for many reasons; family tradition, recommendation from work colleagues, interest in history and tradition, interest in the mystery, as a new social circle, seeking a personal challenge, seeking some moral or spiritual guidance.

It will help set your mind at rest if you ask your partner why they are joining – the Lodge will want to know this as well, so any potential candidate should be clear in their mind, their reason for joining.

But whatever the reason for joining, people stay in Freemasonry for the friendship.

Those that enjoy Masonry tend to be a certain type of person. Because they meet other like-minded people, they find the friendship and ‘brotherhood’ the most rewarding aspect. So if you have ever had concerns about some of your husband’s friends you can be assured that the people he will meet in Lodge are men of good morals and judgement.

Can I get involved in the Lodge?

As you will know, Freemasonry in general is not ‘mixed’. Lodges that meet under the banner of the United Grand Lodge of England (UGLE) are all male. As are the majority of other Lodge constitutions across the World.

But there will be lots of events and social gatherings that will involve families of Freemasons. It’s typical for a Lodge to hold at least one family event per year – these include ‘White Table’ dinners, Ladies Nights, summer barbecues etc.

If you are interested in Freemasonry, there are separate all Female oraganisations. I will discuss Freemasonry for Women in a separate post but do look up the HFAF and the OWF.

There are also a couple of organisations that are mixed – the Order of the Eastern Star and Le Droit Humain if you’re interested.

So, are you worried?

Hopefully, if you’ve read this far, I have helped to allay some of the fears you may have had about your husband joining the Masons. If you have other comments or questions then please leave them below or get in touch directly and I will try and help.

Lodge of Instruction at least once a month;
September to May